After Tuesday’s disastrous final two innings, the Tigers put together a much better game on all fronts. They got a solid outing from Rick Porcello (6-6, 99.1 IP, 4.80 ERA, 3.53 FIP, 1.8 WAR) who allowed 3 runs in 6 innings while striking out six batters and walking none to make his season long transformation look even better by the numbers we’ve been tracking here at New English D. Here’s currently 7th among MLB starters in xFIP (learn about xFIP) and is joined only by Felix Hernandez and John Lackey as starters with more than 7 K/9, fewer than 2 BB/9 and a GB% higher than 50%.: 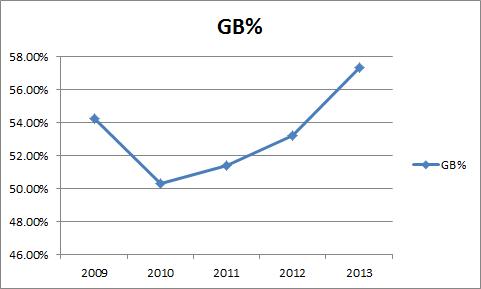 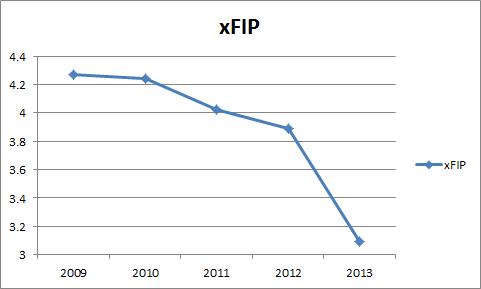 But it wasn’t just Porcello who carried the Tigers. They also got tons of production from the middle of the order as Jackson, Hunter, Cabrera, Fielder, and Martinez all had multi hit games that helped the Tigers score in 4 separate innings. It was an all-around solid attack save for an iffy inning from Rondon who somehow managed to produce an inning with a K, BB, 1B, 2B, HR, GO (2), and WP (2). That’s almost everything that can happen!

Rondon had a K, BB, HR, 2B, and WP in the 7th. Only two other RP have done that in an inning or less this year. #uselessinfo #tigers

Rondon’s inning wouldn’t be too costly as he held the Sox to two runs and Drew Smyly came in for the 8th inning and made very quick work of the three batters he faced, giving way to Benoit who handled the 9th. It was a nice game all-around and gives the Tigers their 50th win and a shot to take the series behind Anibal Sanchez (7-5, 86.2 IP, 2.70 ERA, 2.11 FIP, 3.4 WAR) on Thursday afternoon.

The Moment: Porcello freezes Gillaspie on a curveball for his final strikeout.

Posted in: How Was The Game?, Tigers Posts | Tagged: detroit tigers, how was the game, MLB, Tigers, white sox