This Has To Work 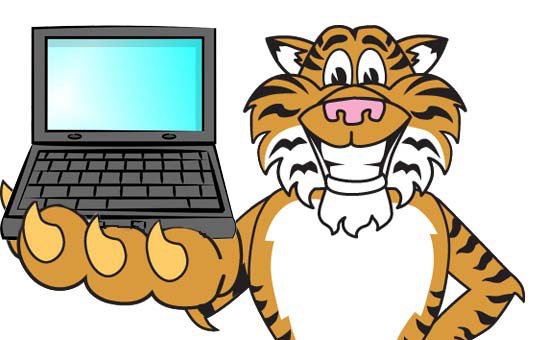 When the 2019 regular season ends tomorrow, the Tigers will find themselves with the worst record in baseball for the second time in three seasons. They arrived at that mark deliberately and purposefully. They did not have the second worst season in franchise history because of bad fortune between the lines or poorly timed injuries. The Tigers chose to provide an atrocious 2019 season, ostensibly in the name of future success.

The Tigers’ decision to sell the way they did in 2017 was absolutely justified and correct. They needed to restock their depleted system and they traded away talented veterans to do so. Given that choice, it was clear the Tigers would not compete in 2018 and they didn’t. No one could really blame them for that, given how hard it would have been that offseason to assemble a reasonably competitive bunch. But going into 2019, the Tigers absolutely could have improved the roster and made this year’s team watchable. Would they have won enough games to take the division? Probably not. But they could have put together a team that would have been watchable and unembarrasing, while sacrificing nothing from the future. There were tons of available free agents this winter who signed below-market deals and some who didn’t get offers until much too late in the process. A few of those names in the lineup this year would have made the team much more interesting, only at the expense of Chris Ilitch’s portfolio.

No one would have asked the team to trade Casey Mize for a shot at winning 75 games, but the Tigers could have spent some money and made this a team worth paying attention to without removing anyone from the farm.

This is all to say that the Tigers didn’t just choose to carry out a much needed rebuild; they chose to completely and utterly tank. They made no effort to compete and slashed payroll to an unacceptable level given the financial health of the organization and the sport. And based on Ilitch’s comments recently, it is clear the team intends to do something similar in 2020. That means the Tigers will spend at least four seasons being unbearably awful.

Now don’t get me wrong, they are not the first team to tank. And more than one team has tanked their way to a World Series. It’s not necessarily a foolish strategy in the long run, but that’s exactly what it must be: a strategy. And it has to work.

The Tigers have to make these four years count. They must draft well and they must develop their prospects in a more successful way than they have over the last two decades. The great teams of the Verlander Era were mostly dotted with players drafted and developed elsewhere. If the Tigers want to tank their way to glory, they will have to learn how to teach players like the Astros, Dodgers, and Cardinals.

If the point of this half decade of misery is to reset the organization for sustainable success, the team needs to be investing in the kinds of development that have become commonplace among the elite teams. It can’t just be Mize and Manning blossoming into stars. Anyone can take top of the draft talent and get them to the majors. The Tigers need to turn borderline prospects into real contributors. If they don’t, the entire purpose of this endeavor is flawed. The point of tanking is to gather and hoard talent—through high draft picks and not trading away prospects at the deadline—so that you have a higher chance of hitting on multiple guys. If that doesn’t happen, this was just a waste of time.

Tigers fans face the unpleasant reality of watching our erstwhile franchise icon flourish in his late 30s in Houston. The Tigers gave up on Verlander’s twilight years for the hopes of finding one or more new Verlander’s during the rebuild. But if the rebuild is not executed properly—a matter on which the jury is out—then it will have been pointless. The Tigers could have held their stars in 2017 and worked the free agent market each offseason and definitely been in contention this year and next. The purpose of the tank was to come out the other side as a powerhouse, better than they otherwise could have been.

We can’t lose sight of that goal. The Tigers didn’t have to tank. They didn’t have to lose over 110 games this year. They’re doing it because they believe it will have a positive long term outcome. But you shouldn’t accept an outcome that just returns the Tigers to the playoff race, it must return them to the echelon of elite teams. You spend five years in the wilderness to come out the other side looking like the Astros. That is the goal and that is what the fans must demand.

If Chris Ilitch will be satisfied simply with a profitable 85-win team with a middle-tier payroll in 2021-2024, he could have gotten that without the misery of 2017-2020. We cannot accept tanking as a means to save on payroll. It must only be accepted a pathway to greatness.

It was brutal watching the 2019 Tigers and we’ve been told it will be this way again next year. The only justification for putting us through this is a truly roaring 20s.