From a simple results standpoint, Jose Iglesias is off to a very nice start. In 49 plate appearances, Iglesias has a .326/.408/.349 line with a 128 wRC+. His .350 BABIP is a little above his career norm and his ISO is well below his career norm, so this isn’t the kind of line you’re going to look at and totally dismiss as small sample noise.

Iglesias’ swing lends itself to higher BABIP than average because he doesn’t hit a lot of fly balls and has the ability to beat out infield hits. I wouldn’t bet on .350 for his career, but .320 to .330 seems plausible. If he can do that while also walking at or above league average and almost never striking out, he would be a great player.

I don’t want to get too excited about a couple dozen PA, but the underlying plate discipline data tells a consistent story:

Iglesias was already a great contact guy in 2015 and so far he’s improved his contact rate (contact/swings) by 5.5%. He’s done this by being more selective, both in and out of the zone. Iglesias has terrific bat-to-ball ability and so far he seems to be getting better at knowing which pitches to avoid. 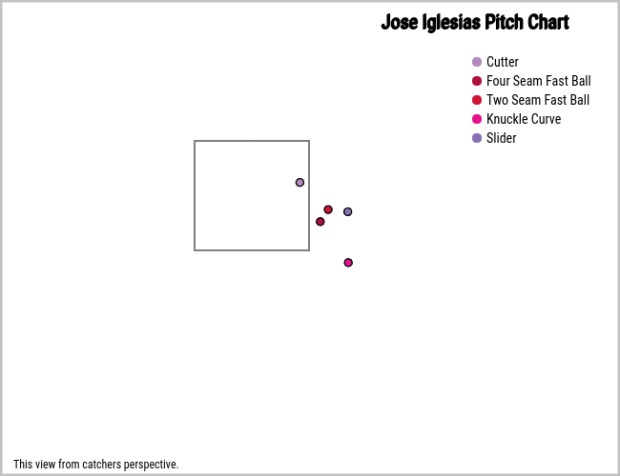 It’s still early, but this is definitely something to watch. A player with this kind of strikeout zone command, contact ability, and batted ball profile can be very valuable even without much power. And while it’s only been 49 PA and 193 pitches this year, it continues something we saw from him in 2015.