Regular readers know about my affinity for Rick Porcello and my affinity for complete games. In four plus seasons, Porcello had never been given the chance to finish what he started and Leyland offered his starters almost no chances to do so in 2013. But with the offense cruising and Porcello on fire, he got his chance. Porcello walked one and struck out four as he allowed a single run during his nine inning affair and managed to retire the final seventeen White Sox that he faced. For most people, this probably doesn’t crack the top ten moments, but I actually struggled to leave it this low. I’m not sure that I can fully articulate why it filled me with so much joy, but it’s probably the most fun I had watching a Tigers game this year. 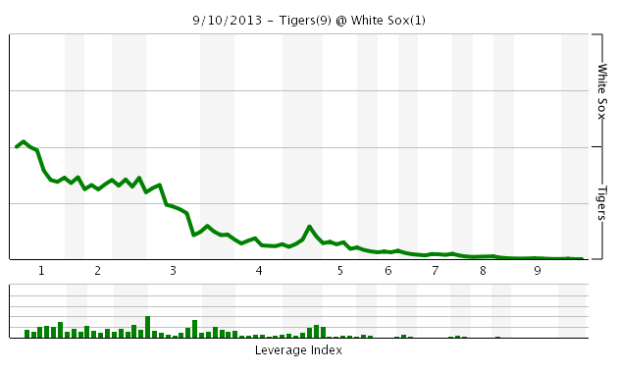